Last week when Nick Hodgson teased that he was to release new music soon I got very excited. Obviously as a Kaiser Chiefs fan this is a big deal but more importantly I respect Nick as an artist, I think he’s a fantastic musician and an incredible songwriter. He is probably the artist I look up to the most because of having such a plethora of skills and I love his styles. Yes that is plural. 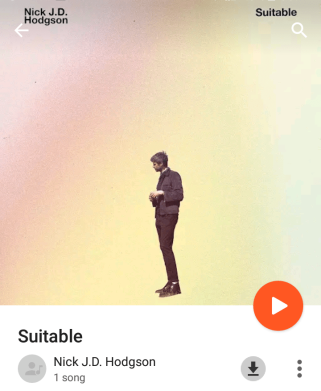 It’s 00:45 now and two hours ago I was ready to sleep. In bed ready but then he dropped the bombshell that this new music was going to be released at midnight and of course – after being so excited since the announcement back in March – I decided that I had to stay up.

Waiting for over an hour seemed like the longest hour and a bit of my life but fortunately I had something to do. Set up a camera.

Yes I know, setting up a camera and balancing it on my desk chair on top of a pile of books, a KC DVD and Liam Gallagher’s album was slightly precarious and looked strange having it pointed at my bed but it was all for a good reason.

Last week, when he hinted at dropping music, I decided that I would film my reaction because this is important. I’m not talking about for me (although it sort of is) but for Nick. He’s started again (a brave move) so I think he needs to see that his new music is loved and appreciated.

So I put on some make up so I looked less dead and swapped my PJ top for a grey marl before waiting for what seemed like an eternity.

When midnight hit I immediately when to the iTunes Store to download Suitable but it became apparent that it wasn’t going to work. I don’t know why. (See stressful conversation with pal). I then set up my Google Play account on my phone just to buy and download it, dedication right but it did work so I am not bother that I paid twice for the song! 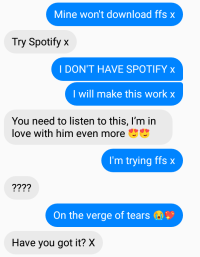 My convo with a pal 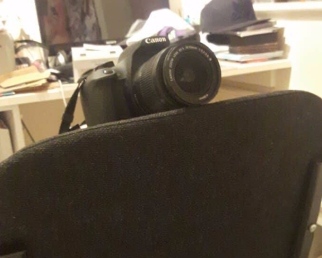 I have made a cut up reaction video which you can watch by clicking the link below but first my thoughts. I love the track. So much. I’ve listened to it about half a dozen times now (at the time of writing) and it’s stunning. A work of art. I was hoping so much that it would be everything I wanted it to be because I was so hyped up but it exceeded my very high expectations.

The first thing that struck me was the drums as a drummer myself I was pleased that they were prominent because I think most music these days pushes drums more to the back but on this single they’re important. I had feeling that they would be because of course Nick was the drummer in Kaiser Chiefs but I’m thrilled. Next, the strings are beautiful. I think strings are underrated by many artists but I love a good song with strings, it adds so many layers to a track and it certainly has here. I wasn’t expecting it but to be honest I’m not quite sure what I was expecting but it works and sounds amazing.

When he first started to sing I can’t explain how I felt because I was in such awe. The lyrics didn’t matter on the first listen because I was so focussed on everything else that was going on. The one comment I have on the lyrics is that on the second listen I already knew them and now I’m singing along. I think it is easy to remember them because it flows so well. The tone of his voice, the melody…just him. I’m finding it difficult to choose the right words.

We’ve heard him sing before. Either doing backing on KC tracks or lead vocals on a couple but this is different. This is him and just him and it’s incredible. It’s raw Nick J.D. Hodgson, his ace voice and class music abilities.

So spread the word about Suitable and remember… Tell Your Friends.